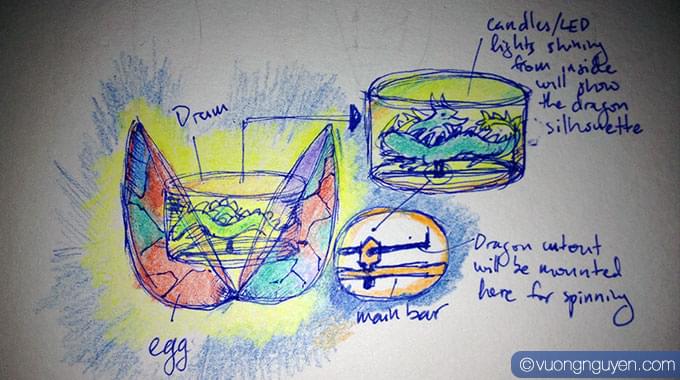 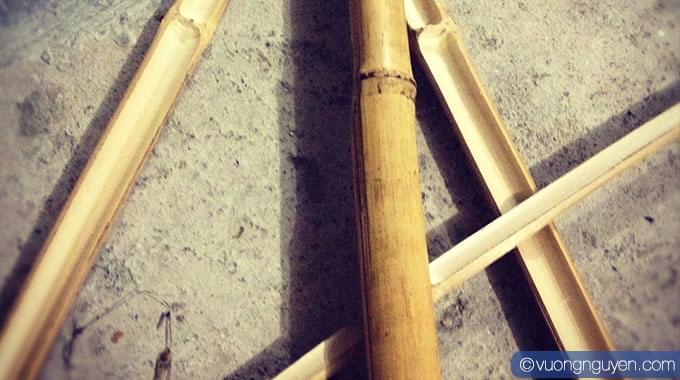 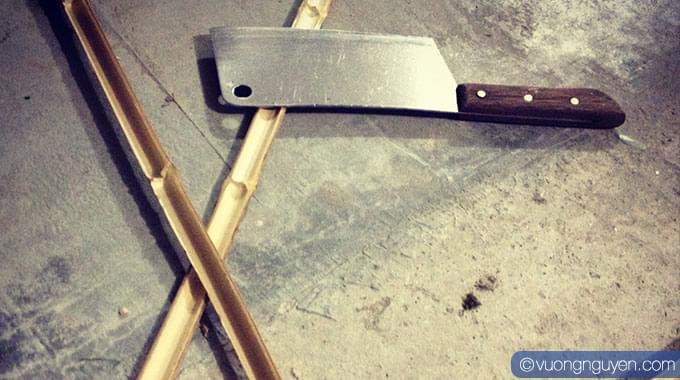 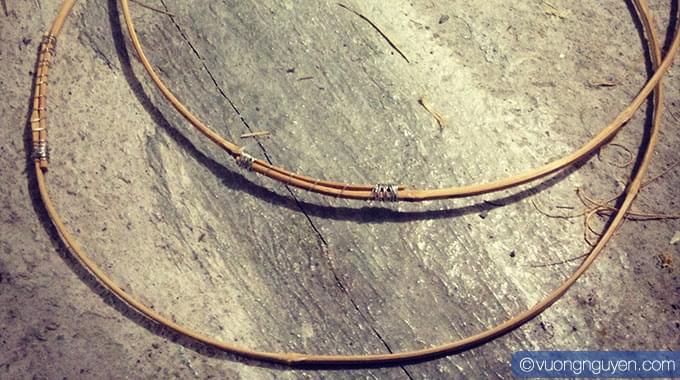 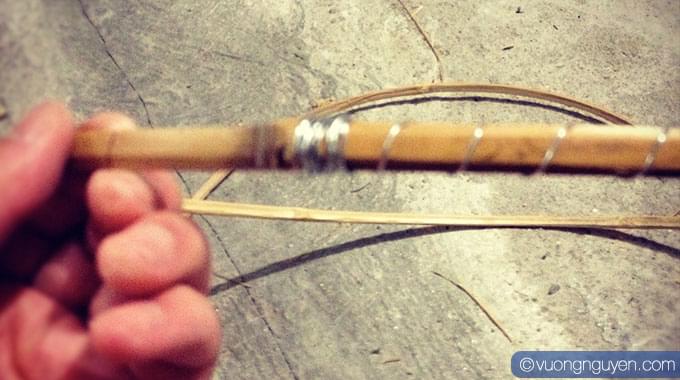 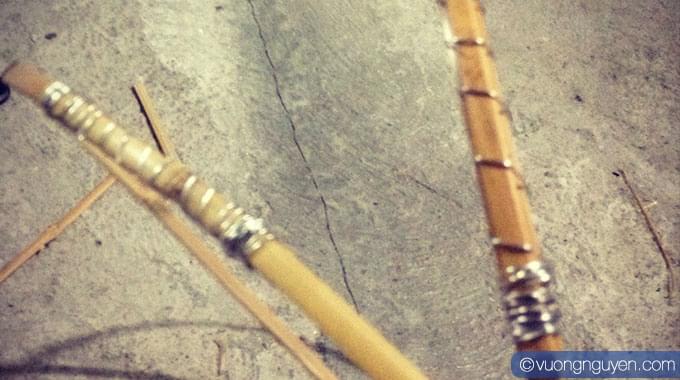 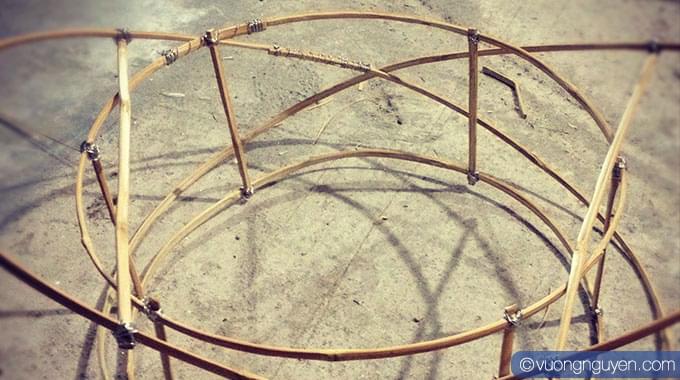 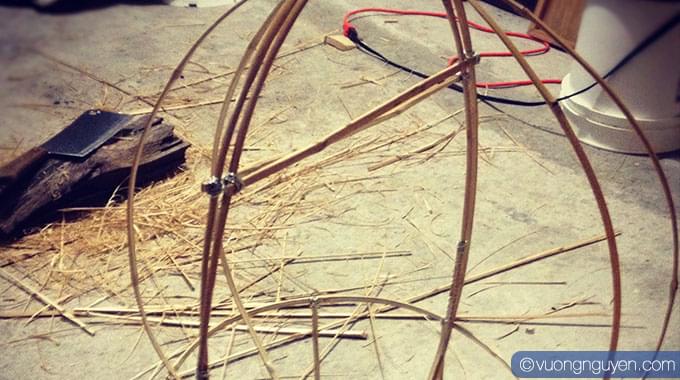 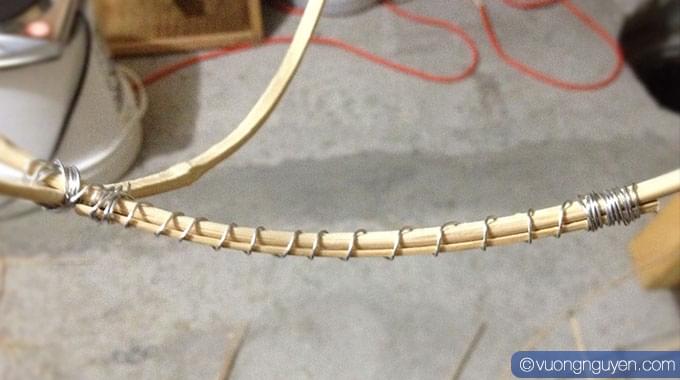 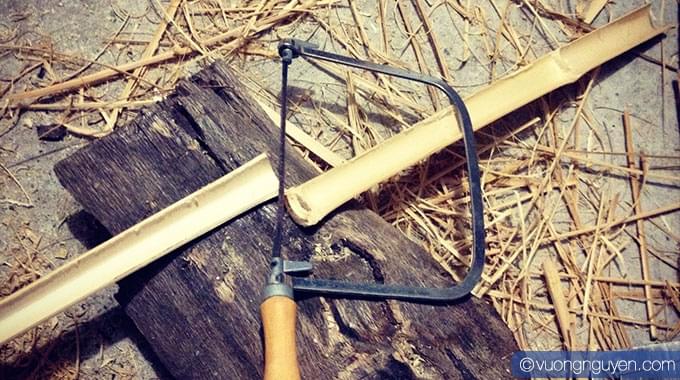 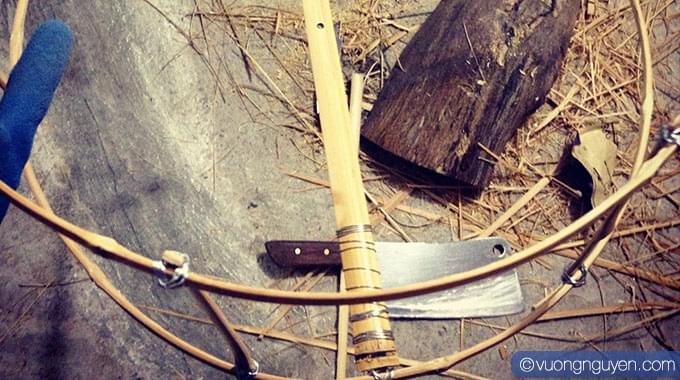 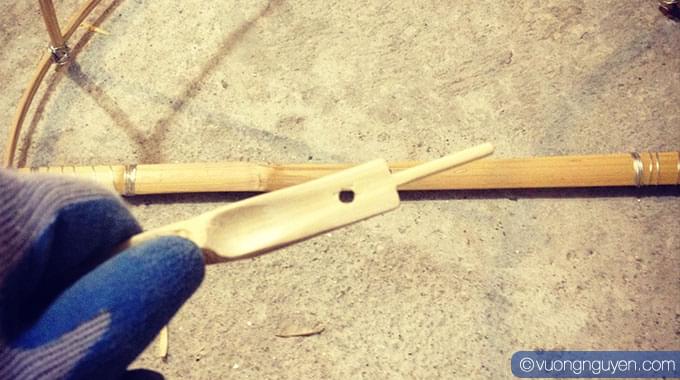 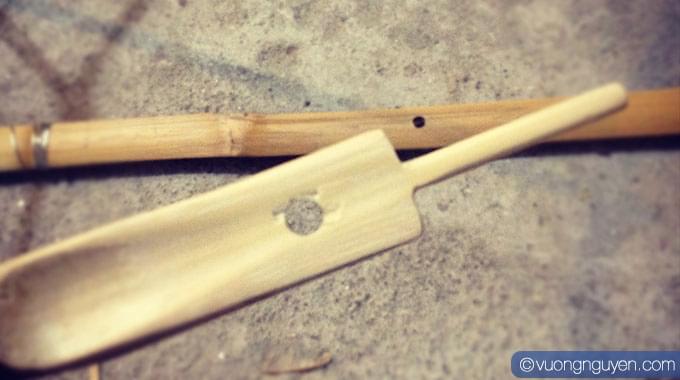 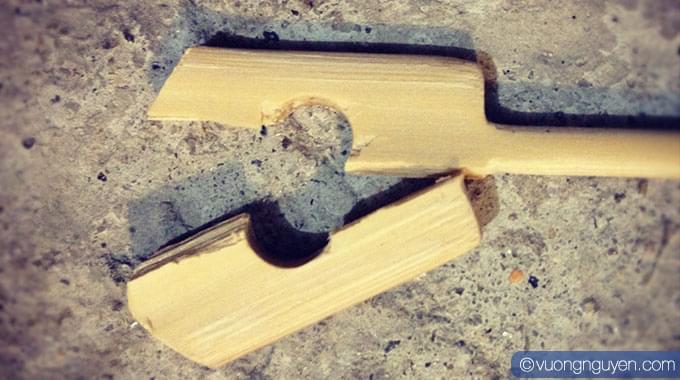 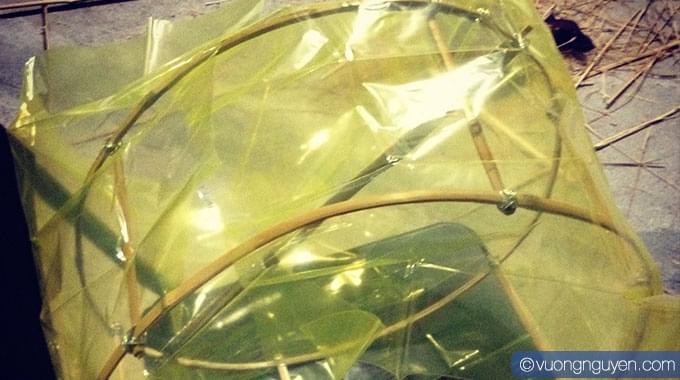 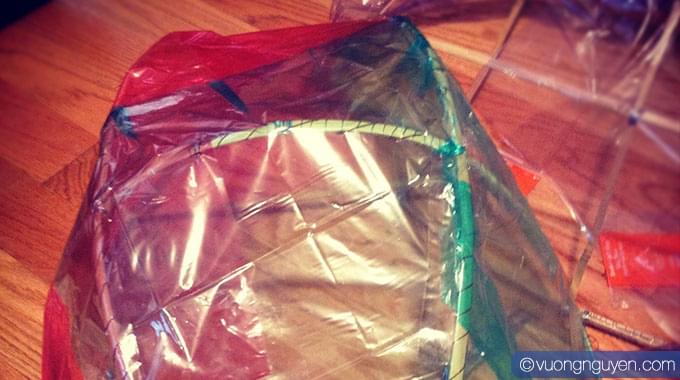 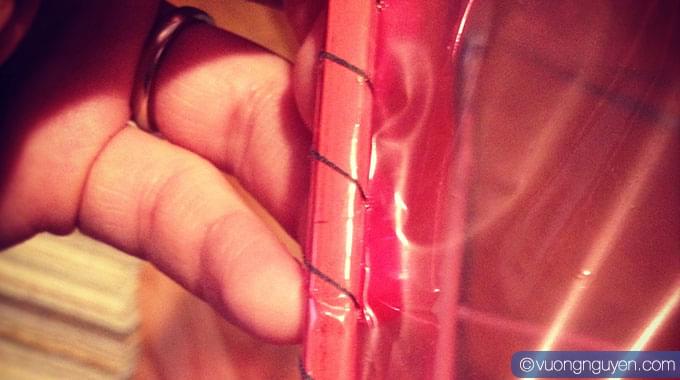 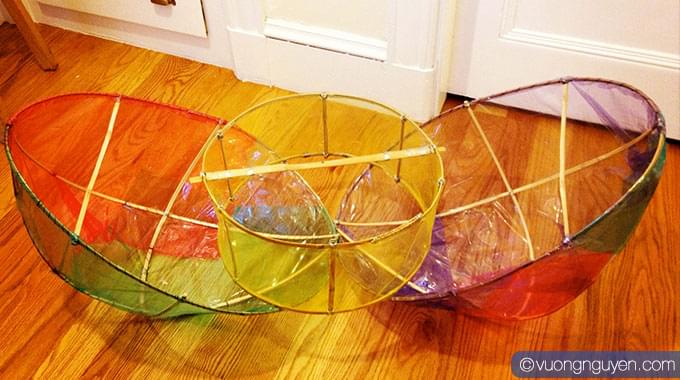 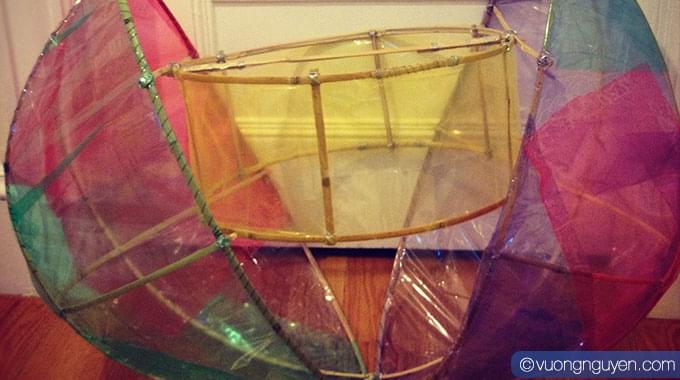 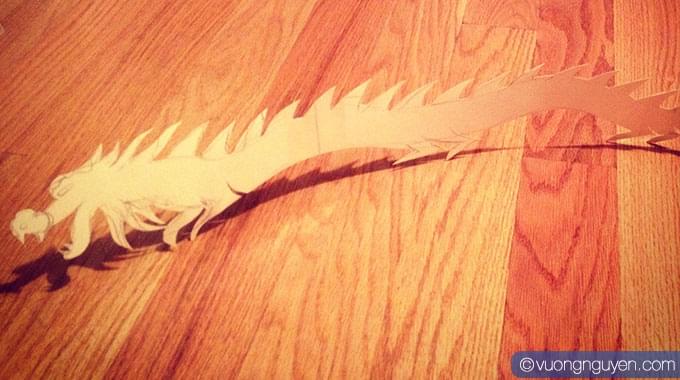 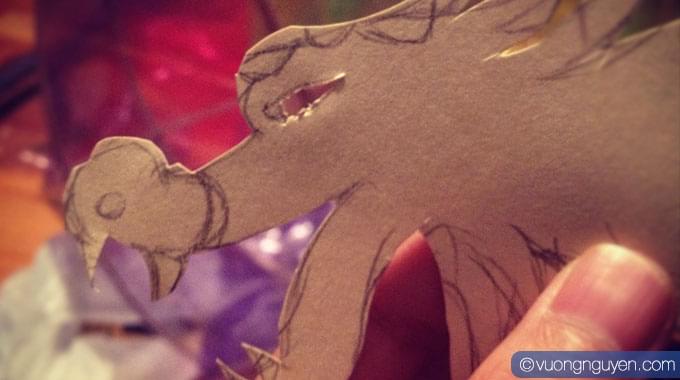 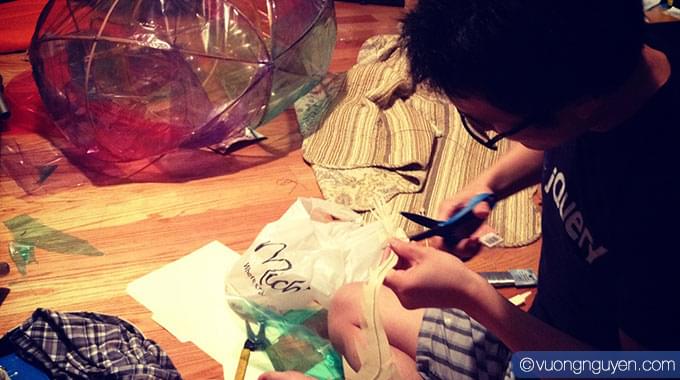 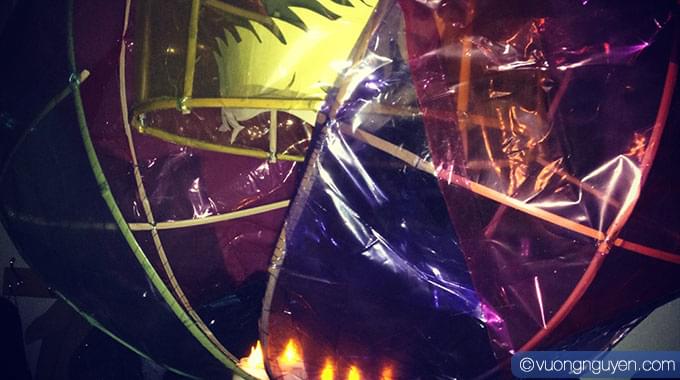 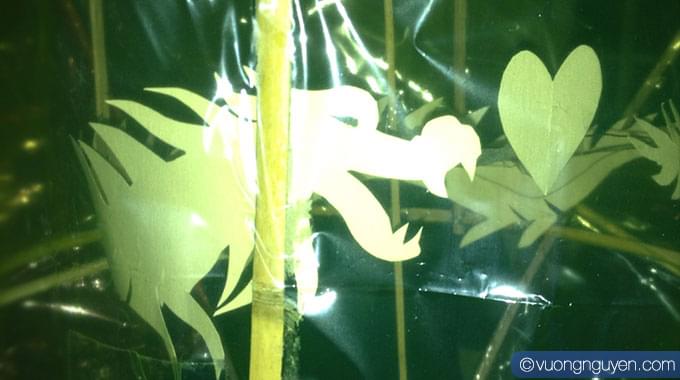 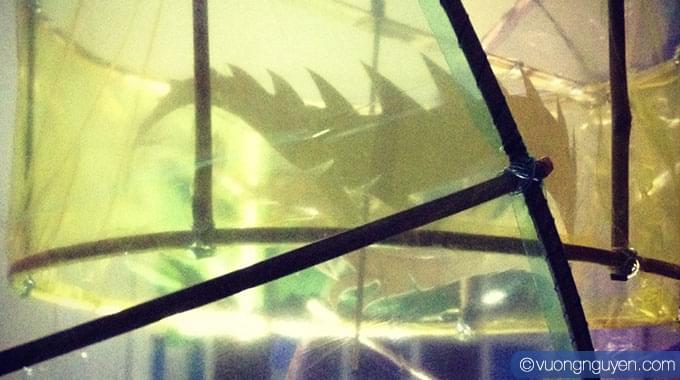 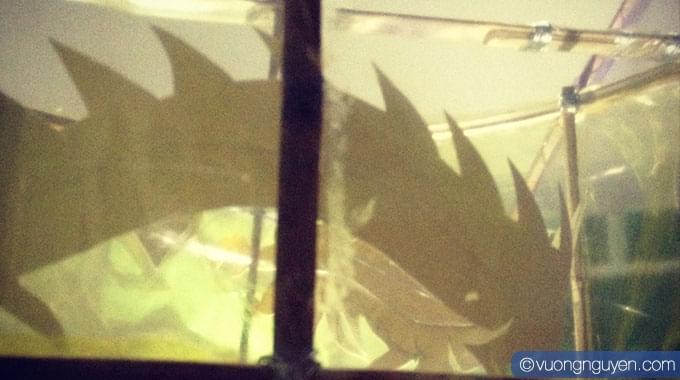 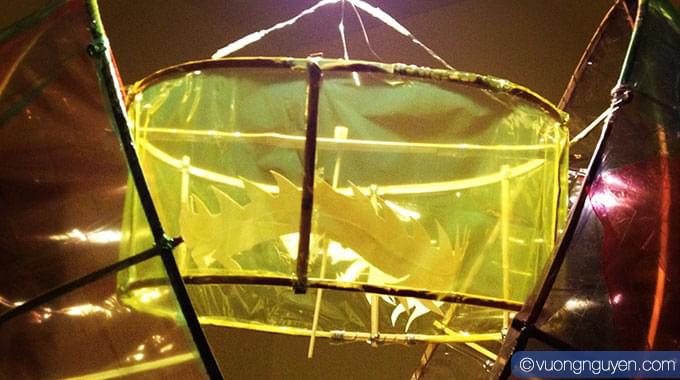 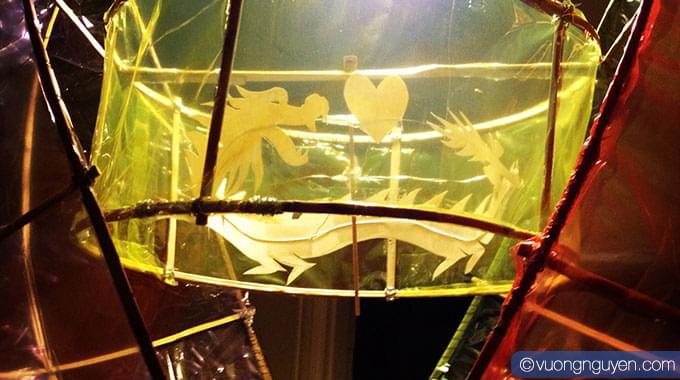 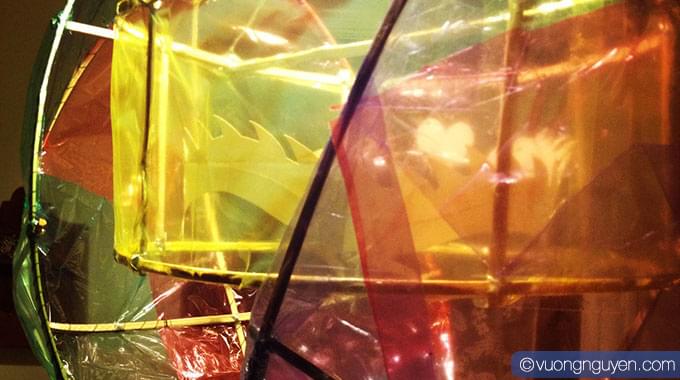 Growing up in Việt Nam as a kid, when the lights of electricity had yet to pollute the world and the night sky was truly black, a lantern had mysterious power over my childhood.

How can it not be? Imagine sitting under a sky of a million stars listening to the songs of nature: leaves singing, cricket chirping, earth turning and even the sounds of silence in brief moments. And when that lantern shined as it swayed to the rhythm of the autumn winds, it was as if you had your own little star.

With a culture of “sweets” and “lights”, Tết Trung Thu or Mid-Autumn Festival was indeed the “Children’s New Year”. Even for an adult, it remains a wonderful reminiscence of how simple life used to be.

This will be our little daughter Mây Sơn’s first Tết Trung Thu. Being only four months old, I don’t think she understands the significance of this tết yet. Still, she loves colors and lights; so I set out to learn and create a lantern in time for her own little “festival”.

Mây Sơn was born in the year of the dragon and is nicknamed “Rồng Con” or “Baby Dragon” by my family. I wanted to design a lantern just for her. After some thinking, I decided on a lantern with the intent and spirit of: an egg cracking to give birth to a little baby dragon.

It Turned Out Well!

This was the first time I created a Trung Thu lantern from scratch in the U.S. After gathering the raw materials, it came down to trial and error and ultimately problem solving the design.

It was a great feeling to work with raw bamboo like a kid; but the greatest joy was knowing that I was creating something from scratch for my daughter.

After dinner, we turned off all the lights in the house.

Carried by grandma, followed by mommy singing a popular Tết Trung Thu tune, led by daddy holding the lantern, Mây Sơn had her traditional “rước đèn” or lantern and moon welcoming procession around the house. She smiled sweetly at the lantern but was perhaps more curiously amused at the commotion.

Holding Mây Sơn’s hand as she was falling asleep later that evening, I realized she grew so much in the past few months. She is so much bigger in body and spirit. In a new world, where everything is a new learning opportunity for her, she also gives my family and I many opportunities to learn. Love remains a perpetual lesson.